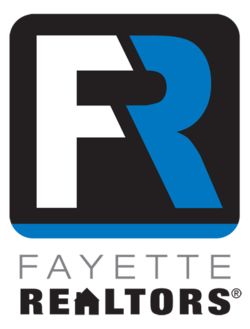 Most of the members were newcomers and were impressed with the encouragement that was given by the brokers in the surrounding areas and also by the State Association. The first officers were Peggy Seay, President; Buddy Trammell, Vice President; Irene Mitchell, Secretary; and Reba Thompson, Treasurer. The Directors were Ed Mckown, Huie Bray, and Miriam Fulton.

In the beginning, in spite of the small size (the whole county population was around 8,000), FCBR members went to State Conventions, attended GRI, conducted educational seminars, and had to improvise in many instances. For instance, no one in the county belonged to the Multiple Listing Service (MLS), so periodically the members would rent a large bus, pack a lunch, and tour the county listings.

The Board of Directors meetings were held as breakfast meetings at Melears Bar-B-Q, and the member general meeting was a catered luncheon in the basement of Tri-City Bank, which is an office across from the county buildings now.

For about 10 years, one of our outstanding events was the Teachers Breakfast which was held on the first day of teacher orientation. It was a great public relations effort, with the REALTORS preparing and serving breakfast for our teachers, after a while we had to discontinue because of the sheer numbers of new schools with lots of teachers in the county.

Other important events in our history is as follows:

FCBR has had several representatives serving a six-year term as GRI Governors.

FCBR has had several State Presidents for Women's Council of REALTORS® including Cindy Rampley, Kathy Murphy, Veronica Bangsboll and most recently Traci Fuller as well as  one National President Beverly Bryant. We have had lots of local members who have become State Presidents of the Georgia Association of REALTORS® including Bob Disharoon, Cindy Rampley, Mike Faulkner and most recently Dorrie Love.